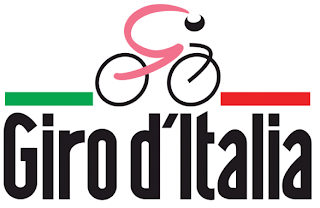 Let it be said right away; there are two big favorites for this race and then a handful of riders fighting for the last step on the podium. The first 8 stages include two difficult time trials - one TTT and one ITT - and from this point on it will be everybody against Bradley Wiggins.

Last year’s Tour de France winner is expected to destroy the rest of the peloton on the 54.8 (!) undulating kilometers against the clock on stage 8 and I doubt Wiggins will let Maglia Rosa leave his shoulder after this day.

The last week of the Giro is always extremely hard and this year is no difference with five mountain top finishes, one of these a mountain time trial with just three days to go. The sprinters probably won’t have more than four or five days to win this year and with 20 bonus seconds to the stage winner every day (except for the time trials), I doubt we will see many breakaways making it in the mountains. This is Bradley Wiggins’ race to lose and Vincenzo Nibali, Ryder Hesjedal, Michele Scarponi, Robert Gesink and Samuel Sanchez all have to attack and take as many bonus seconds as possible.

On paper, there are plenty of opportunities to attack Bradley Wiggins in the mountains but Team Sky are not messing around. Rigoberto Uran, Sergio Henao and Dario Cataldo could lead many teams in this race, but they are all committed to work hard for Wiggins. Team Sky showed in the Tour de France last year, that they have what it takes to slowly kill the competition and drain the rest of the favorites for energy with a hard steady pace. The small and explosive climbers may be able to distance Wiggins and his team in the big mountains, but the time differences won’t be a big as the ones in the time trials. In the past, Bradley Wiggins had problems on the steep climbs but he has been working hard on that this year in order to be ready for the Giro. He now no longer fears the steep percentages and the way I see it, there is only one rider able to beat Wiggins this year.

Vincenzo Nibali seems to be in the shape of his life heading in to this Giro d’Italia and I expect him and Wiggins to take the first two places on the final podium. Nibali doesn’t have Wiggins raw power in the individual time trials, but Astana do have a strong team for the TTT on stage 2. Nibali lost 2 and 3½ min in the two ITT’s in last year’s Tour de France and I think he will end up losing around 2½ min to Wiggins in the long ITT here. He showed in Giro del Tretino a few weeks ago, that he is getting better on the steep parts, and I think he will surprise a few with some strong attacks when the gradients kick up. There are many “medium” stages in this year’s Giro d’Italia and I think Nibali and the rest of the favorites will take advantage of every opportunity to drop Wiggins if possible. Both Nibali and Wiggins are rock solid and don’t really have off-days. It’s true you can lose the race on just one day, especially in the last week, but I seriously doubt any of these two will go down like that. Nibali is best uphill, Wiggins is best against the clock and unfortunately for Nibali, the time differences will be biggest in ITTs. Still, Nibali is very proud and he never gives up. Don’t count him out until the end of the penultimate stage.

In my preview last year, I only had Ryder Hesjedal down for 8th place overall and after his impressive win, I think it’s only fair to now put him as the first contender for the last spot on the podium. His season so far has been very similar to the one last year and being two kilos lighter than in 2012, I think Hesjedal will prove that last year wasn’t a one-time thing. I doubt he can drop Nibali uphill or stay close to Wiggins in the time trials, but he now knows that it takes, mentally as well, to win a Grand Tour. Wiggins, Nibali and Hesjedal have won a Grand Tour within the last couple of years and I doubt any of them will have an off-day in this race. Garmin aren’t nearly as strong as Astana and Team Sky but they showed last year, that it wasn’t a problem. Danielson, Stetina and VandeVelde will be Hesjedal’s last three in the mountains and it should be enough for the strong Canadian.

I told myself last year that I would give Robert Gesink one more chance to prove his abilities as a serious overall contender in a Grand Tour. This is it. Gesink has been called “a future Tour de France winner” for a long time now but he is yet to show he can walk the distance. He’s done Top10 in the Vuelta three times and once Top5 in the Tour, but he always seems to run into bad luck. This year, Robert Gesink has put everything on the Giro d’Italia and despite a mixed start of the season, I do believe Gesink is ready to aim for the podium in this Giro. He came to Tour de Romandie after two weeks training on Teide (Tenerife) and did show some good racing the first days before he took easy in the bad weather with eyes on the Giro. He claims to be in great shape right now and I think Gesink will make Top5 this in this Giro - maybe even podium if everything goes his way. Remember, Blanco still don’t have a sponsor for next season and naturally Gesink and the rest of the team will do everything they can in order to show they are worth sponsoring.

Like Gesink and Hesjedal, Michael Scarponi hasn’t shown much this season. He did however manage to take 3rd place overall in Volta Catalunya after a sneaky attack on the final stage. He took it easy in Giro del Trentino after a training camp but showed in Liege-Bastogne-Liege (5th place) that the shape is good. Scarponi was the big favorite last year but couldn’t live up to the expectations and ended 4th in the overall classification. Scarponi isn’t strong in the time trials but he is rock solid. If he’s named among the favorites you can be sure he will end among the best. He’s has finished in Top4 the last three years in a row - winning in 2011 after Contador got suspended - and I think he will make another Top5 performance this year.  He can rely on strong riders like Niemiec, Serpa and Stortoni in the mountains and like Wiggins, Nibali and Hesjedal he never has a real off-day. Without the long time trial on stage 8, Scarponi might had have a chance of winning this race overall, but now I think Top5 is the best he can aim for.

The last rider with a solid chance of Top5, in my book, is Samuel Sanchez. Officially, the goal for Euskaltel and Sanchez is a stage win - which will make Sanchez join the club of stage winners in both Giro, Tour and Vuelta - but I wouldn’t be surprised if Samuel Sanchez ends up fighting for a spot on the podium. He’s already been on the podium in the Vuelta a couple of times and - on paper - also in the Tour. Naturally a stage win would be more important than ending 6th or 10th overall, but if Sanchez manages to pull off a stage win in the first half of the Giro, he might as well give everything for the GC too.


The way I see it, there are 6-8 riders left fighting for the last four places in Top10 overall. Franco Pellizotti will be eager to show off his Italian Champions jersey on home soil and I expect him do very well in the last week. Beñat Intxausti already showed last year what he can do in the Grand Tours and I think now the time has come for him to lead a team. He’s very strong in time trials and he defends himself just fine on the climbs. Last year, Intxausti said he was aiming for a podium spot in this Giro, but I think a Top10 place is the most realistic result for the Basque rider.

My own personal joker for this Giro d’Italia is Robert Kiserlovski. He moved from Astana to Radioshack before this season in order to get his own chance in the big races, and he has had his eyes on this race ever since. While others dream about the Tour, Kiserlovski dreams about the Giro and he showed in Tour de Romandie that he’s in great shape right now. Kiserlovski’s weak spot is the time trials and that is also why I can’t see him do better than around 10-15 overall. I think he will surprise quite a few in the mountains and with Thiago Machado at his side, he can count on good support uphill.

I could go on for hours about the rest of the GC riders in this Giro d’Italia, but instead I’ll leave you with this Pre-Top20 for the general classification:

As you can see, Cadel Evans didn’t make my list. To me, it seems like Evans still think he can win the Tour this year and therefore I seriously doubt he will dig deep in this Giro. I expect him to go for a stage win one of the days instead.

Remember, there will be Stage Previews for all the stages this year. Each preview will be posted the evening before the stage and the one for Stage 1 will be most likely already be online Thursday evening or Friday morning. This Preview doesn’t talk about the sprinters in the race, but there will plenty of sprinter-talk in the preview for stage 1 and the remaining bunch sprint stages.

For live race coverage of Giro d’Italia 2013 go to steephill.tv
Posted by Mikkel Condé at 10:31 AM