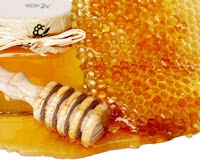 In a week where we learned that Cadel Evans and his wife have decided to adopt an Ethiopian boy I thought it might interest a few to know what honey can do to a cyclist.

New Iranian studies shows that men who ate honey before training had lower levels of free radicals (which may indicate cell damage) in their semen after 8 weeks. 39 men aged 18-28 years participated in this study where half of them were given 70 g of honey 1½ hours before training.

On a site note, I can add that Alberto Contador will be given his own weight in honey on January 7 next year for winning the Spanish award "Su Peso en Miel”. And not only that, Contador will also be weighted with the six bikes on which he won his biggest victories.

The Spanish Giro, Tour and Vuelta-winner got married about a month ago but according to Contador he is not thinking about starting a family just yet. “Right now I don’t think about kids, I just concentrate on riding my bike”, he told me at the team presentation in November.

Well, at least he shouldn’t have any problems when he changes his mind if the “honey effect” really works…