Last week I wrote a piece about new possible sponsors for the cycling teams. First up was the betting industry, which I claimed was likely to be a new sponsor for a WorldTour team in a couple a years. Unfortunately one of the biggest operators on the market right now, Betfair, won’t be one of them. 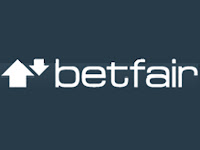 I talked with Betfair’s Head of Northern Europe, Jacob Weinreich, and he made it very clear that Betfair has no intentions on moving in on the cycling market.

”My personal opinion is that cycling can be a tough sell to the gaming market. As an operator you have to be in the awareness game to enter into cycling sponsorships. For a market place like Betfair you need a high number of punters to get attractive markets going. Cycling is a small sport with few high profile races hence you don’t have many hard core punters following it”, he tells me.

As I wrote in my earlier piece, one of the main reasons why the bookmakers could end up staying away is the limited in-play action compared to football and tennis. Jacob Weinreich explains:

“The nature of gaming and bookmakers is that the more events the better. Football and tennis are great examples of this where you have more or less constant action around the calendar year. You can bet in-play and the odds are changing every second. In cycling it takes 5-6 hours from the stage starts till it ends and you can make a profit. That’s too much waiting without any - or very limited – action”.

Unfortunately that leaves us with only a few reasons why a bookmaker would step in to the cycling world.

“The only way I can see a bookmaker sponsor a cycling team is if they really want to create some awareness around themselves and show they cover all types of sports. Or if they want to make an impact on a specific market, ex. the Spanish market, and then go in and sponsor one of the teams in the Vuelta. You have seen this in the past with Unibet coming into cycling. Unibet had at this time a significant interest in France and the sponsorship could possibly be justified this way”, Jacob Weinreich says.

As you can imagine this was not exactly the scenario I was hoping for, still I totally understand Betfair’s point of view. I just hope that other bookmakers, like Unibet, want to move in on ex. the Spanish, French or Italian market now when the gambling monopolies are coming to an end. Time will tell…
Posted by Mikkel Condé at 12:22 PM