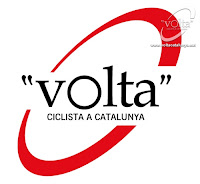 With just a few hours to the start of this year's Volta Catalunya here is a quick preview of the race.

Without a time trial in and with a lot of uphill sections Alejandro Valverde is of course the number one favorite. He has a great team around him with Moreno, Pardilla, Arroyo, Quintana etc. and it will take a real climber like Daniel Martin or Robert Gesink to beat him in the overall classification. Samuel Sanches is another rider with a good chance in the GC, same goes for Janez Brajkovic. Astana actually expect the Slovenian to fight for the overall win here.

I don't have much time to dig in any deeper about the favorites, so I figured I would give you my pre-top10 for the GC instead. Here you go:

As always I would like to mention a few jokers for the GC. First up is the French youngster Thibout Pinot who climbs very well and aims high on this race. Pinot has a lot of strong riders around him and if he is ready he should be able to fight for a top10 spot, maybe even more. Second joker is Nairo Quintana. He won Vuelta a Murcia thanks to his performances in the mountains and even though he will have to help his team mate Alejandro Valverde, I wouldn't be surprised if he ends up getting a good result for himself as well.
Posted by Mikkel Condé at 11:36 AM