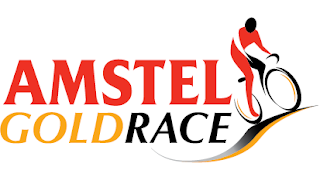 The cobblestone Classics are now history and it’s time to focus on the Ardennes. I have named Peter Sagan as my favorite for both Milano - San Remo and Ronde van Vlaanderen and both times he has ended in second place. Still, it’s very difficult not pick Peter Sagan as the big favorite for Amstel Gold Race.

The race organizers have changed the course for this year’s edition, so instead of finishing on the top of Cauberg, the finish line is now more or less the same as for the World Champions last year. That means we now have a 1,7 km flat part after Cauberg and that really is in Peter Sagan’s favor. Explosive riders like Phillipe Gilbert and Purito Rodriguez might have been able to drop Sagan on Cauberg on a good day, but with nearly two kilometers flat before the line, Sagan has a good chance to come back and win in a sprint. That being said, don’t be surprised if Sagan attacks on Cauberg and soloes away for the win.

Another important route chance this year is the extra lap after the third time over Cauberg with 20 km to go. This opens up the race for attacks before the final and even though I doubt a break will make, the chances are now better than before. The extra lap also makes the race a lot harder, which means we should see a smaller group than usually reaching Cauberg for the last time.

The way I see it, there are two main contenders to Peter Sagan this Sunday. Phillipe Gilbert and Simon Gerrans. Gilbert has been getting better and better all year and he showed in Brabantse Pijl that he is ready for the Ardennes Classics. He won the World Champions on this course last year and a podium without Gilbert will be a surprise, the way I see it. Simon Gerrans has been targeting this week all season. He raced in Catalunya and Pais Vasco in order to fine-tune his shape for the Ardennes, and he won a stage in both races. Gerrans is not only strong on the hills, he is also very fast on the line, probably faster than he has ever been. He has a super strong team to support him and Gerrans is my personal favorite to win Amstel Gold Race, should Sagan miss out.

Other strong candidates for a podium spot are Alejandro Valverde and Damiano Cunego. Valverde had to skip Amorebieta last Saturday because of a cold, but he is still confident about his chances this Sunday. I picked Valverde to win the Rainbow jersey last year on this course and even though he only took 3rd place, he did show that he is capable of doing great on this finish. Valverde has been very strong this year and if he is ready again after his cold, he should be among the riders fighting for the win. The same goes for Damiano Cunego. He was in a perfect position last year, but crashed in the final on Cauberg just as he was launching his attack. Cunego is now eager to get revenge and even though he wasn’t great in Pais Vasco, only a puncture on the final time trial kept him out of Top10 overal. The Ardennes Classics are a big goal for Cunego this year and I think he will be up there in the final.

Last year’s winner, Enrico Gasparotto, is naturally keen on repeating his win but unfortunately, he crashed into a truck while training on Thursday. Also, the new finish isn’t great for Gasparotto, so I highly doubt that he will be able to win again this year.

Team Blanco have two very good cards to play in Bauke Mollema and Tom-Jelte Slagter, but they haven’t had the best lead-up either. Mollema had to skip Pais Vasco and stay in bed sick and even though he is better now, I still think he will be targeting Liege-Bastogne-Liege instead of Amstel. That would mean Tom-Jelte Slagter now has a chance of showing his great potential, in a race that is almost tailor-made for him, but like Gasparotto, Slagter too crashed while training. Hopefully, Slagter will be ready to fight Sunday, but if he’s not 100%, it won’t be easy to compete against Sagan, Gilbert, Gerrans etc.

Like always, I have a joker too; Angel Vicioso. Katusha have an extremely strong team for the Ardennes Classics with Purito, Dani Moreno, Kolobnev, Spilak & Caruso, but I have a feeling Vicioso will end up being the best-placed rider for the Russian team. Despite the controversy from Operación Puerto, Vicioso now says he is back at his old level and I know he has big plans for the Ardennes. He took 3rd place of the first two stages in Pais Vasco and worked hard for Spilak and Caruso in the rest of the race before abandoning in order to get ready for this week. Vicioso probably doesn’t have the kick to stay with the best up Cauberg, but if it comes back together on the last two kilometers, he is fast enough to take a podium spot on a good day.

Other interesting names are Marco Marcato and Gianni Meersman. Marcato was out for almost a month because of a knee injury, but he has shown good signs the latest races. In Brabantse Pijl he put in some strong attacks on the hills and with his fast finish, he’s one to keep an eye on for a breakaway in the final. Meersman was great in Catalunya with two stage wins but he had to skip Pais Vasco due to stomach problems. Now he’s feeling better though and after training in the sun in Calpe for the last weeks, Meersman is now ready for Sunday.

Quickstep haven’t been lucky in the Classics so far, but maybe their luck will chance this Sunday on the course they won the World Champion Team Time Trial. If not Meersman, they also have a strong outsider in Peter Velits, who too is very fast on the line and good on the hills. Velits took third place on a Tour de France stage with a similar finish last year and he showed to be in good shape in Pais Vasco. Look out for him!


Another joker today: In great shape, good uphill, semi-fast on the line, team leader and yet no one talks about him...Roman Kreuziger! #AGR
— Mikkel Condé v2.0 (@mrconde) April 14, 2013

Look out for the guy with the cap on the left side. Great shape and good candidate for an attack in the final. twitter.com/TeamSaxoTinkof… #AGR