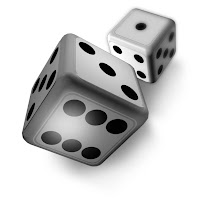 There is something seriously wrong with the cycling system and I doubt many will argue with that fact. Alexander Kolobnev seems likely to slip through with a small fine, Alex Rasmussen and Jeannie Longo go free despite 3 missed anti-doping tests while the Ezequiel Mosquera and Alberto Contador cases drag out. Everybody knows how long the Contador case has been going for now and apparently the UCI didn’t even send their case against Mosquera to the Spanish federation until the end of April even though his positive test occurred during the Vuelta in September.

How come it has to take this long to determine if a rider is guilty or not and why are the end results so far from each other? Sometimes it really looks like the cycling organs deciding these things just end up throwing dices to decide…

I wouldn’t be surprised if the UCI, WADA and all the national federations have this site on the top of the bookmark list.

The system needs to get fixed - same rules for everybody, ya!
Posted by Mikkel Condé at 10:43 AM