Favorites for Tour of Qatar 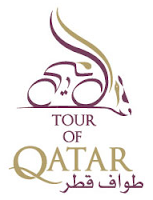 Let's take a quick look at the favorites for Tour of Qatar. Mark Cavendish seems to be out of the picture after picking up a flue on his way to Doha.

Tom Boonen
I have said it many times before and I won't mind saying it again. Tom Boonen will have a great 2012-season! He showed in Argentina he is in good shape already and is normally very good on the windy stages in Qatar. Boonen won the first stage last year and could very well do that again this year. If you gamble, put some money on Tornado Tom to win the race overall.

Mark Renshaw
I'm sure Mark Renshaw is a little bit disappointed by his results in Tour Down Under. He came in good shape with high ambitions but he didn't stand a chance against Andre Greipel. Still he ended off nicely with a second place on the last stage and as defending champion in Qatar there are no doubts he will be extremely motivated. Renshaw was great last year and even though the team time trial may not be in his favor he should be among the three fastest guys in the race.

Fabian Cancellara
The team time trial is definitely in his favor. RadioShack-Trek has a very strong team for that disciplin and usually Cancellara doesn't get dropped in the wind either. He might not have a chance against the fast guys in the sprints but if Cancellara is in the top5 and eyes an oppotunity to attack, I'm sure he will take it. I don't think he will win the race but a podium spot is in reach I would say.

As outsiders for the overall classification I would like to point out Daniel Oss, Taylor Phinney and John Degenkolb as the best picks.
Posted by Mikkel Condé at 11:31 PM